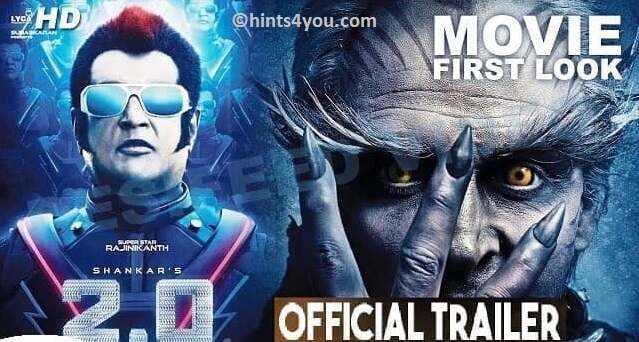 This is the most expensive movie of this year, in Tamil Nadu, it is celebrated like the festival, the release of 2.0 Well, why not, the casting of Bollywood action star Akshay Kumar with Rajinikanth is interesting and that is why the film got so much hype. Here's what these films tell you.


Movie Review has started coming to '2.0' on social media, and the film has been praising the tremendous use of technology in the film. Rajinikanth and Akshay Kumar's film '2.0 (Enthiran 2.0)' have a budget of about Rs 500 crore. It is said. Technology has been used gently in the film. There are very interesting reports coming to Twitter on the movie. Some viewers liked the film, some have made fun of it on Twitter ...

The Technical Department did the mindblowing work The 35-minute climax film is the high point. The film is a visual masterpiece due to the best of this year's VFX. The action stunts of the movie are also amazing. Sound department and art direction are also top notes. One penny has been levied in the film so that the movie is as spectacular as it is being told as expensive. Make-up, especially the make-up of make-up, is very strong.

The story is the biggest problem, and the middle is trying to divide the knowledge between the two. From saving of wildlife to live in the cyber world, health hazard has been explained in detail.

Because of the script, the film bore many places, because where knowledge is being distributed there are all the same wise ones.

The expression below the layer of make-up does not look like this. Both Rajinikanth and Akshay do their work well. Amy Jackson finally got the role of her caliber. He has also made Expression Robots in this film.

Rajinikanth and Akshay Kumar's steamy action film '2.0' got mixed reactions from the audience. The advance booking of the film has been booming. About 1.0 lakh tickets have been booked according to the bookshop.

Rajinikanth and Akshay Kumar's '2.0' has been released in Tamil, Telugu, and Hindi. After seeing such figures, the film's first day is Rs 100 crore There is the hope of earning.

The film '2.0' of Rajinikanth and Akshay Kumar will be among the biggest films. The film is about Rs 500 crore Cost is about. Even before the release of the film, it has already earned Rs 370 crore. The film has earned it through satellite rights, digital rights, and distribution rights.

Regards,
Hints 4 You.
Thank you for giving me your precious time.
We will meet again via the next post.