Why Is The X Written Behind The End Of Indian Train Bogies?

Meaning of 'X' written on the train: 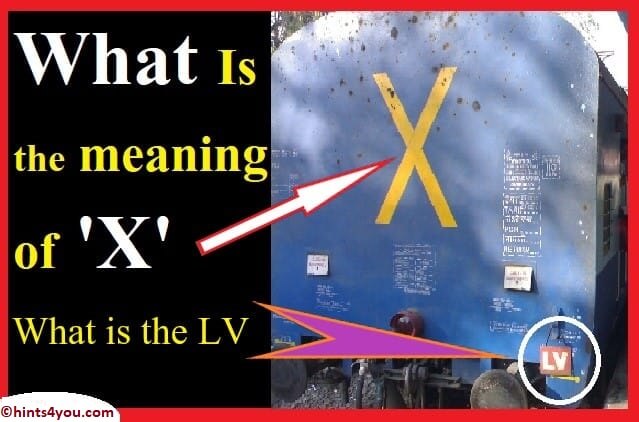 You too must have traveled by train several times in your life. Everyone knows that there is a mark in the last box of the train. Ever wondered why that mark is why it happens.

Some of you have never thought about this scar on the last train of the train and there are many people who have never seen this mark.

At the back of the train in India, a large cross (X) is made from yellow in the black background on the guard box. There is an indication for this station master that the whole train has left my station, no part of it remained in the block section.

Then he gives permission to the last station to leave a second car, which gives the line to give clearance. The distance between the two railway stations is called a block section.

Look in the picture above, there is also a large yellow cross and the bottom left and a spherical plank are also hanged on which the LV is written. This LV means 'Last Vehicle', this board is the responsibility of the guard guards.

It is always in its line box. At the time of duty, he withdraws his LV board and the second guard on duty gives his board a leg.

In the night instead of the board, the tail light with a red light is tanged. This LV board with cross and Tail Lamps with Red Light in the day is necessary.

Why it's needed to Charge a car from Station A and ran his coupling in the block section and half the incomplete train reached Station B and Station B realized that the car was out, he would give the station A a clear line to leave the other vehicle and In that cart block section, it will be collapsed with the missing coaches of the previous train and will become a huge accident.

Hints 4 You.
Thank you for giving me your precious time.
We will meet again via the next post.