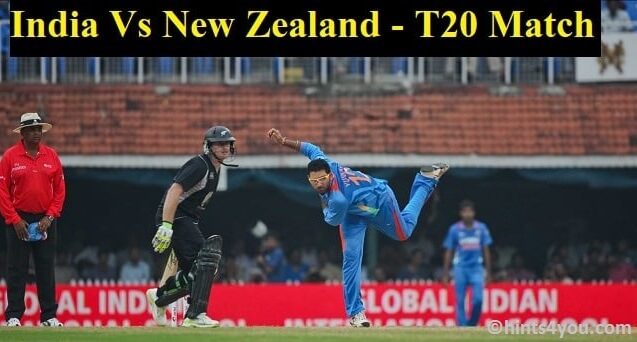 The Indian team will arrive at Auckland's Eden Park field with the intention to equalize in the series against New Zealand.

India vs New Zealand Live Streaming, 2nd T20 International Match: After winning the biggest defeat in the T20 format on the Wellington field, the Indian team will aim to equalize in the series against New Zealand at Eden Park ground in Auckland. .

Winning the match is the only option for India to stay in the three-match T-20 series.

At the same time, the hosts have a fantastic opportunity to take revenge for this match victory in the one-day series. In the first match, neither did the batsmen of India nor the bowler go.India had experimented in the first match which had completely failed. It is necessary to see whether the team's working captain Rohit Sharma continues these experiments in the second match or not.


The purpose of these experiments is to strengthen their benchstrings before the World Cup and give them enough opportunities.


In the first match, India had fielded eight batsmen including three all-rounders, but none of the batsmen could stand on the wicket. The captain, Shikhar Dhawan, Rishabh Pant's bat was completely silent.

Rohit can make changes in the team, instead of Khalil Ahmed, Mohammad Siraj or Siddharth Kaul can get an opportunity.

India's fielding was not good in the first match. The players of the team had dropped some important catches at crucial times, which the team would have to suffer.

The team management would like that India did not repeat the fielding mistakes in this match.

IND vs NZ: When will the second T-20 match be played?

This match will be played on Friday (February 8).

IND vs NZ: Where will the second T-20 match be played?
This match will be played on Auckland's Eden Park field.

IND vs NZ: What time will the second T-20 match begin?

IND vs NZ: On which TV channel can the second T-20 match be viewed?

Basically, This match can be viewed on Star Sports 1 / HD.

IND vs NZ: Where can the live streaming of the second T-20 match be seen?

Live streaming of the match will be available at Hotstar, Jio TV and Airtel TV.

Regards,
Hints 4 You.
Thanks for giving me your precious time.
We will meet again via the next post.