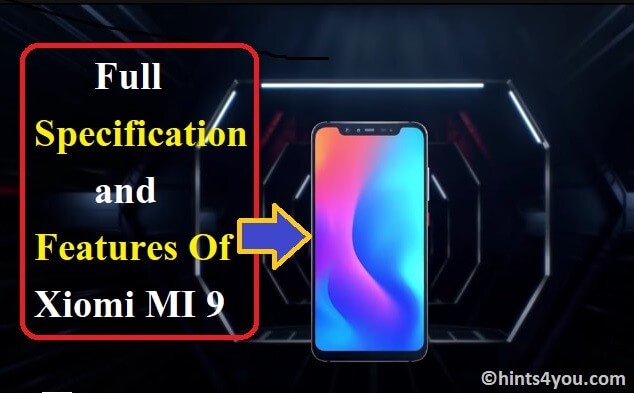 Xiaomi has launched the flagship smartphone Mi9 in its domestic market. Know here for full specifications.

After being in the limelight for quite a while, Shaomi finally launched his flagship smartphone Mi9 in China.

This smartphone is an upgraded version of the Mi8 launched last year. Let me tell you Mi Mi 9 Explorer Edition and Mi 9 SE have also been introduced along with Mi 9.

The Chinese company has introduced only one variant of Mi9. For customers, its price has been kept at 3299 yuan (about 35,000 rupees).

This smartphone will be sold in three color variants - Lavender Violet, Ocean Blue, and Piano Black. Generally, Shawomi does not launch its flagship smartphone in India, in which such a smartphone is unlikely to be launched in India.


Regards,
Hints 4 You.
Thanks for giving me your precious time.
We will meet again via the next post.